The impact of workplace bullying, harassment, or discrimination can be significant. Not only  does it affect the morale of workers, but it can also damage work relationships between colleagues.

Being harassed or bullied at work can cause an immense amount of stress which can impact on the mental and physical health of the person.

Employees need to speak up for their rights so that the perpetrator can be stopped and eventually face the repercussions of their actions. All employees deserve a safe and healthy environment to work in, so that they are able to focus on the tasks assigned to them, work efficiently and productively.

Every worker deserves to be protected from workplace bullying, harassment, or
discrimination. However, these types of cases often go unreported as employees are
worried about their own reputation and position at their job, which lead to these incidents going unnoticed by the employer, and thus no steps are taken against the perpetrators.

Workplace bullying happens when an individual is repeatedly made subject to unreasonable behaviour that is neither welcomed nor appreciated. It may be an action that the individual would consider to be offensive, humiliating, or threatening, and that any reasonable person would consider it to be of the same nature.

Such actions may include threatening or humiliating remarks, the use of verbally abusive language, spreading of false or malicious rumours, unjustified or unwanted criticism, or deliberately sabotaging the work of that person.

When it is not:

At times people may mistake other actions as bullying, harassment, or discrimination. It is important to know that not all actions that make an employee upset or feel belittled would fall under the term ‘bullying’. Workers may think that reasonable actions taken against them are discrimination, even though those actions were based on their work performance instead of their physical or cultural background.

For example, if your supervisor is giving you feedback and you do not like it, this will not count as “harassment” or “bullying”. Supervisors are responsible for monitoring the work of the staff and provide them with feedback specifically based on their performance with the intention to help them improve and possibly bring more profit to the organisation. These performance feedbacks are essential for any organisation, and are usually not seen as bullying.

However, the supervisor should give constructive feedback in a tone of voice that sounds supportive, instead of using a harsh one, humiliating the person while giving feedback, or harshly pinpointing all the mistakes, making the worker feel humiliated.

People may also mistake the difference of opinion as workplace bullying. Disagreeing with someone at the workplace doesn’t mean that the other person is bullying or harassing you. Everyone has the freedom of expression and the right to express their opinion; however, it should not be one that involves derogatory remarks against another.

Discrimination can sometimes be mistaken for bullying. There is a slight difference between the two of them.

Discrimination at the workplace means taking adverse action against someone due to their race, age, religion, or sex. It usually involves firing or demoting someone due to these reasons regardless of the person being qualified or eligible for the position that he/she was demoted from.

Often, women are discriminated at the workplace due to their gender.

They are not appointed at high positions, and men having lesser experience or qualifications are offered better job positions than women. Whereas, bullying
involves acting unreasonably towards a person or group of persons to such an extent that it starts harming their mental health and reputation

What You Can Do

If you have bullied at your workplace, here are some things you can do that may help
prevent it from happening again.

If you think that you can talk it out with the “bully” in a professional manner and know that it is safe to do so, you may like to try and ask them to stop.

Sometimes, others just aren’t aware of what negative impact their actions and words are causing, and they are not intentionally carrying out these actions to be mean. So, by talking to the “bully” and telling them that you don’t appreciate their actions and that they make you uncomfortable, it may help you in solving the problem.

Even if the perpetrators fail to acknowledge their actions and continue to bully or harass you, by talking to them and making it clear that you do not like their action, it will make your case stronger, should you need to bring a case against them in future. You may consider keeping a detailed record of every instance of bullying in a diary.

This may include the name, place and time, the words and actions used by the perpetrator. You may also want to record who else was present at the incident as they may be called to be a witness later and the supervisors or managers you have complained the incidents to and what actions were taken by them.

You can also talk to someone who is working at the same place as both of you, so
that the person can monitor the “bully’s” actions as well.

After the amendments made to the Fair Work Act 2009 on 1 January 2014, the Fair Work Commission received power to make orders against persons and organisations to stop acts of bullying. The purpose of passing this law was to make sure that the right to safe and healthy working conditions is promoted at workplaces.

However, it must be noted that this law does not apply to sole traders, trusts, or partnerships.

The Fair Work Commission can make orders to stop bullying in “constitutional corporations”, and only a worker can file an application to the commission. A worker can be defined as someone who is working in any capacity including employee, independent contractor, trainee, apprentice, student, volunteer, etc. A worker would be considered to be bullied at the workplace only under the following conditions:
– The worker was bullied while he/she was at work.
– The action was carried out by an individual or a group of people.
– The action was unreasonable.
– It was carried out repeatedly.
– The action or behaviour of the perpetrator caused a risk to the health and safety of
the worker.

Alternate legal action can also be taken by making a complaint with the WA Equal
Opportunity Commission where the bullying is related to your sex, race, or age. Where it involves the termination of employment or unfair employment terms or conditions, a possible avenue may be through the WA Industrial Relations Commission.

The Fair Work Commission also has jurisdiction over unfair dismissal from work, breach of their workplace rights, or any discrimination claim.

Where it involves workplace safety, a complaint can be made with Worksafe. This
government agency has the power to issue improvement notices, impose fines, injunctions, etc. It has quasi-criminal jurisdiction.

In serious cases, a worker can also submit a complaint to the police for workplace bullying as the relevant conduct may come under the Criminal Code.

An example would be where there is unlawful stalking. Finally, if you have suffered physical or psychological injury through bullying, harassment, or discrimination, a workers compensation claim can be made. Proceedings can be brought at Workcover. Where thresholds are met, common law proceedings based on negligence, breach of contract, or breach of statutory duty can be brought at the District Court or Federal Court.

What Your Employer Can Do

Taking into consideration the negative effects of workplace bullying, harassment, and discrimination, it is crucial for employers to take action against it. The responsibility is theirs to provide a safe and healthy environment for their workers and reduce the risk of workplace bullying. Instead of promoting these actions by staying silent, organisations and companies can prevent them from happening, by taking action against the perpetrators who engage in these activities.

Organisations can for instance, monitor their staff and the activities they are involved in. This can be done by regularly consulting with their employees and keeping a check on their health and safety, which can be done by conducting regular counselling sessions with them on a one-to-one basis. Setting a code of conduct for an organisation can also help in mitigating such activities and reprimanding those who still engage in them.

It is important to ensure that support and assistance are provided to all workers at all times, and safety systems are being designed for providing workers with the information and training they require to keep them safe.

It is the duty of an organisation and employer to provide a safe environment for their
workers. Failing to do so constitutes a breach of duty of care. There may be liability at common law in addition to workers compensation liability.

At Soul Legal, our lawyers understand that the workplace bullying claim process can be stressful and complicated for you and we are here to help you. You can rest assured that we will aim to help you receive the best possible compensation settlement for your specific situation.

Contact us to speak to a lawyer. We will assess your case, and if we believe your situation has sufficient merit, we will offer you a No Win – No Fee arrangement. 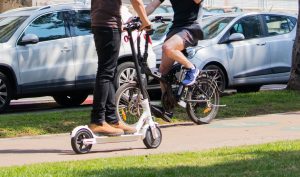 A pedestrian is classified by someone who is on foot, pushing a bike, or travelling on a wheeled device (like a skateboard or mobility device) in proximity to a road. 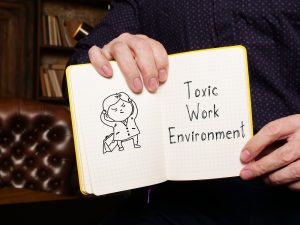 Know How To Make A Claim For Stress At Work

Seeking the input of experienced workers compensation lawyers in Perth is the smart move when initiating a workers’ compensation stress claim. Having the Soul Legal team on your side makes 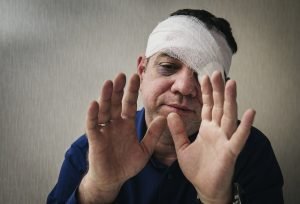 Soul Legal provides assistance to victims of crime by securing their rightful compensation, while reducing stress and any confusion around the process. WA’s Criminal Injuries Compensation Act 2003 ensures access 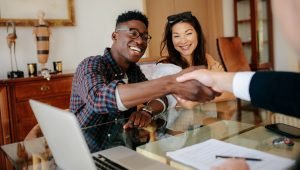 Assisting Every Soul With Dignity and Respect

Specialising in compensation law claims in a variety of fields, Soul Legal co-founders, partners and directors Rebecca Sorgiovanni and Kevin Wong believe their firm offers a degree of services with 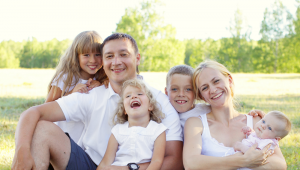 Do I Really Need A Lawyer To Write A Will? 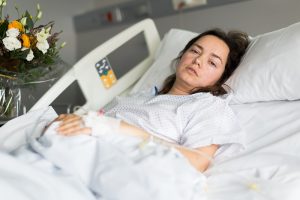 Every year, patients seeking medical help and assistance are let down as a result of medical negligence. The outcome can in certain circumstances can be devastating; with the loss of 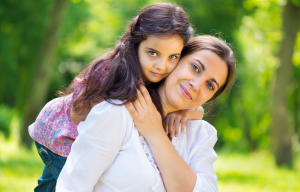 Getting a No Win No Fee Lawyer

If worried about funding the legal cost of your claim, choosing a no win no fee lawyer could be the perfect answer.  As Perth’s trusted personal injury lawyers, Soul Legal 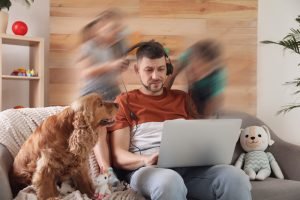 How to get the maximum compensation

Been involved in a car accident? Avoid common pitfalls during the claims process. Soul Legal helps West Australians minimise the stress associated with a car accident compensation claim. As Perth 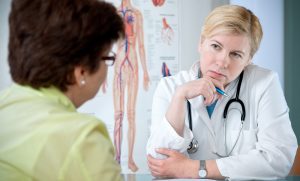 Crucial Steps to Remember when Making a Workers’ Compensation Claim

Have you been injured at work? Has your job made you sick? Here are top tips to keep in mind when filing a claim. Soul Legal understands a workers’ compensation 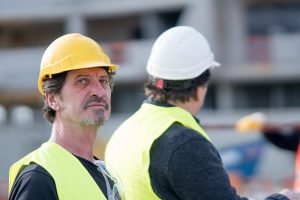 Can I get Fired for making a Workers’ Compensation Claim?

While some hesitate when making a claim, if injured in the workplace the key point is, you are legally entitled to compensation. Worried how this will play out? We’re here 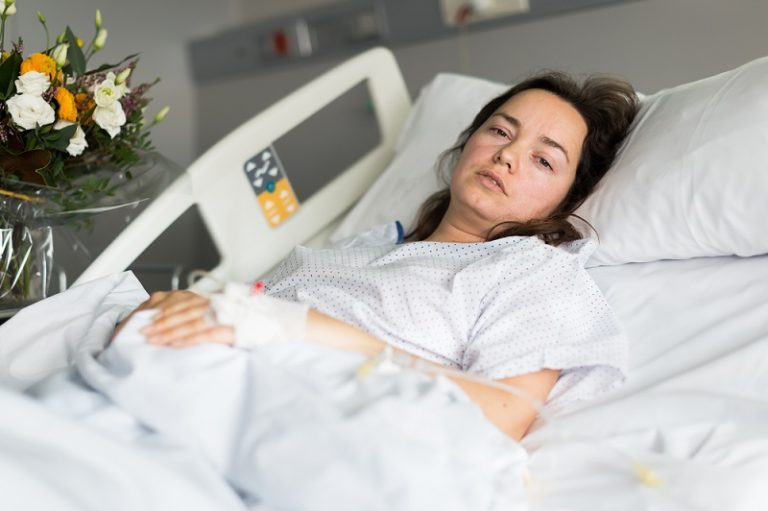 Every year, patients seeking medical help and assistance are let down as a result of medical negligence. The outcome can in certain circumstances can be 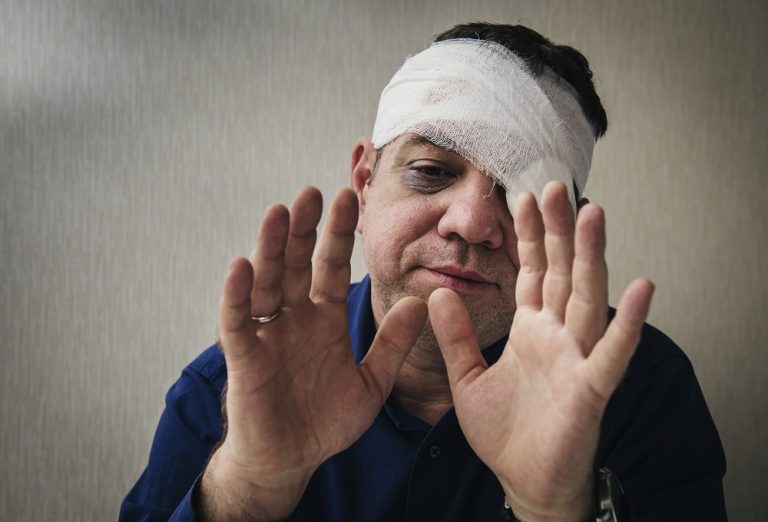 Soul Legal provides assistance to victims of crime by securing their rightful compensation, while reducing stress and any confusion around the process. WA’s Criminal Injuries 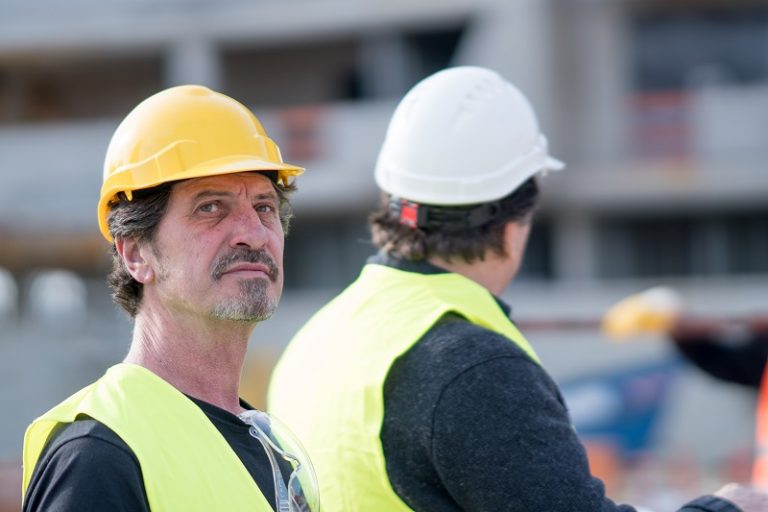 Can I get Fired for making a Workers’ Compensation Claim?

While some hesitate when making a claim, if injured in the workplace the key point is, you are legally entitled to compensation. Worried how this